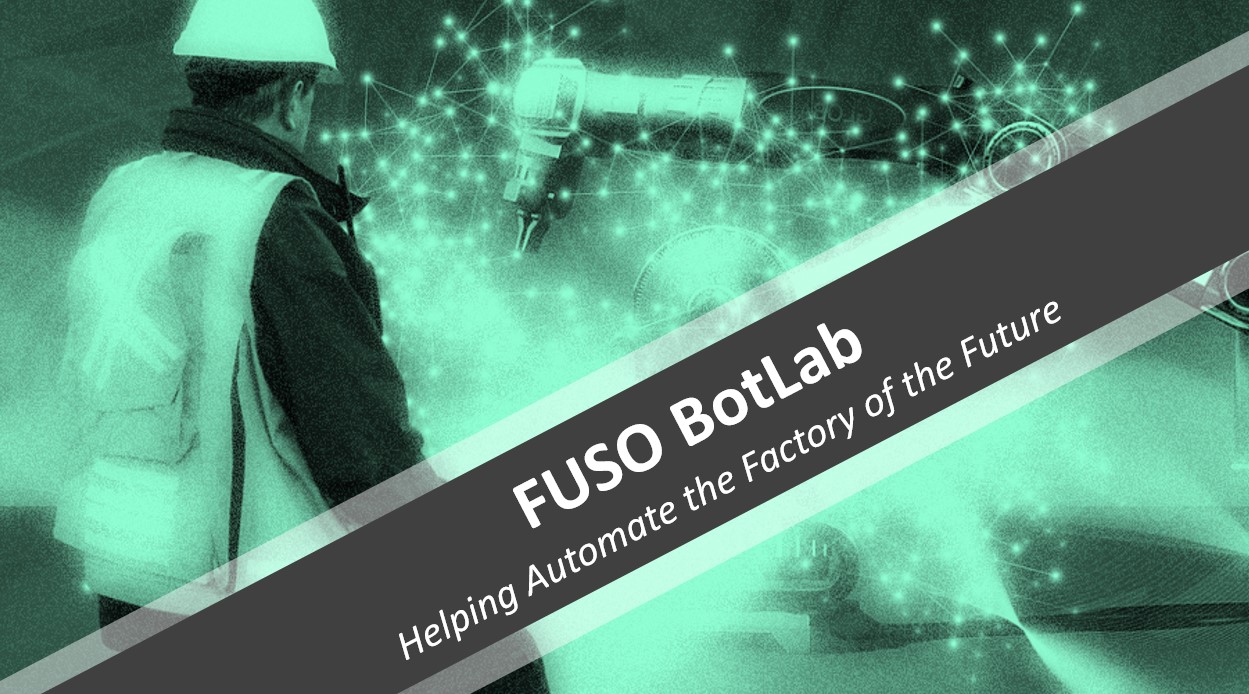 Not everyone’s factory of the future will be the same, nor should they be. Factories are modernized according to their specific needs.

For a commercial vehicle manufacturer like Mitsubishi Fuso, modernizing factory production means focusing on some key areas. These include factory layout, end-to-end connectivity, and cutting-edge analytics among others.

Another major way Mitsubishi Fuso is tackling this challenge is through robotics and automation.

For this FUSO has set up the BotLab, an on-site facility that focuses on a variety of automation topics, such as adopting collaborative robots for sub-assembly and using vision-based artificial intelligence for inspections.

To research these topics, BotLab has worked with a variety of robot brands such as Fanuc, Yaskawa, Universal Robots, Kuka, and TechMan Robots.

One example of an emerging topic is the picking robot, which is designed to support production workers by handling repetitive tasks like picking up parts and placing them in other locations in kitting zones.

Kitting is the process of picking and delivering the necessary components for the assembly of a product.

“(BotLab) is where we adapt and deploy new technologies in the product plant with the target to make the plant more efficient and more worker-friendly,” said  Lichieh Chen, from the FUSO Plant Automation Team.

In BotLab, FUSO’s factory of the future team focuses on employing collaborative robots that can work alongside workers. This means there is no physical separation, like a safety fence, between robots and humans.

Firstly, the setup requires less space since they can operate next to workers without cumbersome safety fences.

Secondly, they are designed to be more user-friendly with graphical interfaces and are easier to program. This makes it easier to re-deploy them for different tasks and reduces reliance on specialized programming suppliers.

One of the biggest challenges for BotLab is to identify the right tasks to automate. Collaborative robots are usually much slower than workers for small tasks, so identifying when and where to use them can be difficult.

Also, it’s important to evaluate the impact they have on quality and efficiency.

Furthermore, workers need safety and operational training before the robots are deployed. Without feedback from workers, it can be challenging to set robots up properly.

For some operations, workers manually pick parts in sequential order. This process carries the inherent risk of making errors.

Workers also have additional tasks that involve triggering automated guided vehicles (AGVs). AGVs are machines that follow pre-designed paths and carry prepared parts to the correct location of use at the assembly line.

To support workers, BotLab developed a robotic solution that automated the process of sequential part picking. This improved productivity, reduced the risk of errors, and further extended the automation to the AGVs, freeing up workers for other tasks.

For the assembly of flywheels (a part that connects a vehicle’s clutch to its transmission), workers were handling and positioning heavy parts weighing 20 kg (45 lbs) or more with lifting equipment. This was a laborious, non-value-adding task.

One process with a higher error probability is kitting, which workers do manually.

Attempting to automate this process was a natural fit. After introducing a specialized robot and camera system, BotLab was able to automate a part of the kitting process and lighten the workers’ load. Typically, the robot will pick more than 2,500 parts per day.

In addition to automation, the robot-supported process led to a reduction of errors during the kitting process.

Research and feedback are the keys

For MFTBC, research is the key to building know-how and understanding the feasibility of automation concepts, and justifying investments. Without this research, it is hard to propose newer solutions for implementation in the future.

To that end, BotLab focuses on topics that are the most realistic for the production line and offer tangible benefits.

“When dealing with new technology and processes, we need to be prepared that plans may not easily turn into reality, and we usually need to solve many problems before finally realizing a new concept,” Chen said.

“I personally appreciate the following two characteristics: open-minded thinking that challenges the status quo, and a pioneering mentality to positively take up new ideas while learning from failures effectively.”

Mitsubishi Fuso recently held a pitching event for BotLab to bring in external innovators for collaboration on several pressing topics.

Over 30 projects were submitted, resulting in 17 companies being selected for in-person pitches. Discussions are ongoing for these potential collaborations.

BotLab’s doors are always open for ideas and innovations for automated factory solutions. To submit an idea, we encourage you to apply through FUSO GreenLab.

EV battery recycling: Can the World Handle the Influx of Them?